"I just want a bit of peace and quiet!" Let's get away from all the hustle and bustle; the sound of endless traffic on the roads, of the trains on the railway, and the planes in the sky; the incessant drone; the noise. We live in a world of man-made noise; screeching, bellowing, on-and-on in an unmelodious cacophony.  This constant background noise has now become a significant health hazard.

With average background levels of 60 decibels, those who live in cities are often exposed to noise over 85 decibels, enough to cause significant hearing loss over time.  It causes stress, high blood pressure, headache and loss of sleep and poor health and well-being. 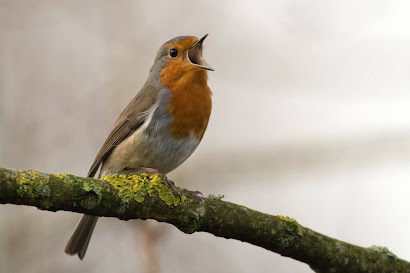 In nature, noise has content and significance.  From the roar of the lion, the laughing of a hyena,  communication is essential for life; as the warning of danger, for bonding as a group or a pair, finding a mate, or for establishing a position in a hierarchy - chattering works.  Staying in touch is vital to working as a group, and nature is in a constant dialogue.

Sperm Whales communicate over massive distances of several hundreds of miles and across oceans by producing loud 'clicks'.  At 235 dB,  the clicking can be louder than a rock concert (115 dB).

Even humans can produce the most sophisticated sound, and with the spoken and written word, they develop a culture in the abstract,  and change through ideas.   Humans produce mood music,  but they also produce massive amounts of sound that has no significance in communication.  It is merely the collateral pollution form our industrial endeavour, or simply from 'enjoyment'.   For wildlife, this can be devastating.

Our noise pollution was in stark relief for its absence during the coronavirus lockdown.  It was a chance for nature to breathe, a deep breath, not simply of unpolluted air, but a rare moment of human silence.

There was a time when we awoke to the sound of the dawn chorus - birdsong. Now we awake to the sound of an alarm, no longer guided by the sun, moon and stars, the night shift can take over from the day.  But this is not without consequence for the birds.  Our background noise can mask their communications and make it difficult for them to communicate.  It interrupts their breeding patterns.  It masks the complexity of their song, and poor reproductive success puts species in danger.

Ray Noble is a chartered biologist and Fellow of the Royal Society of Biology.  He writes extensively on the nature of intention and agency in living systems.