Plastic in our tea bags, good or bad?

Invented around 1908, it fundamentally changed our drinking habits - the teabag.  But it wasn't actually 'invented.' The teabag was an accident rather than design.  A New York tea merchant, John Sullivan, started sending tea to customers in small silken packets for convenience.  Many of his customers, thinking they were intended to be convenient infusions, placed them in their teapot.  The teabag was born.

Sullivan went on to make the bags from gauze, making them more suitable for infusion, and their use swept across the USA.  In 1953, Tetley introduced the teabag to tea drinkers in the United Kingdom, where now they are used in 96% of tea consumption.  So, what are they? 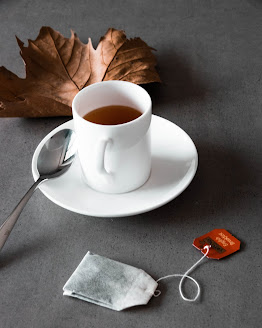 Here the story is both environmentally good and potentially bad. Not all tea bags are made of the same stuff.

Many tea bags are made with added plastic, which is neither biodegradable nor recyclable.  Some types of teabag leak millions of plastic particles into our drinks, not only from the sealing plastic but from the bag itself.  Research has found that one plastic tea bag releases around 11.6 billion microplastics and 3.1 billion smaller nano plastic particles into your cup of tea!

In 2019, the magazine Country Living surveyed brands that did or did not use plastic.  As of July 2019, major brands such as PG Tips, Tetley, Twinings 'heat-sealed' and 'string and tag' ranges, Yorkshire Tea, Lidl own brand used plastic.  Among those that did not were Abel and Cole, Clipper, Co-op 99, Pukka herbs, Teapigs, Twinings pyramid range, and Waitrose Dutchy.

Suppliers respond by saying that there are no known ill-effects from ingesting what amounts to 60 micrograms – 60 millionths of a gram of plastic released by teabags.   The truth is that it is too early to say whether there are potential harms. There is too little research on the outcome of the human intake of microplastics.  The main concern is that plastic's ingredients or toxic chemicals absorbed by plastics may build up over time and stay in the environment. Plastics can act like a sponge, absorbing and concentrating toxins from the environment.  Pesticide residues can cling to microplastic particles, and nano plastics can be absorbed through the gut.  If this is so, then microplastics may act as piggyback carriers for toxins.

Environmental scientists warn that as plastic particles degrade to ever-smaller sizes in the environment, they present an increasingly higher potential for environmental toxicity.

Microplastics are all around us, in our water supply, and even in the air that we breathe. It is not yet clear if this is harmful or not.  Each year, humans produce around 400 million tons of plastic worldwide. A significant proportion of this plastic ends up in the environment as litter, and most types of plastic take several hundred years to degrade completely.  As this degrades, it will release a massive amount of additional microplastic to the environment.  Will this be yet another catastrophic made-made disaster for our planet? To adopt a 'wait and see' approach would be foolish.