Antidepressants and pregnancy what choices for women?

Women taking antidepressants can be faced with a difficult choice when pregnant.  Many women are reluctant to take medication during pregnancy and feel the need to choose ‘between the drug and the baby’. Data shows that the majority of women stop taking such medicines abruptly on becoming pregnant.  But is this the best approach, particularly when the majority (70%) will relapse on stopping the medication?

So, should women stop taking the medication on becoming pregnant?  Certainly, there isn't a 'one size fits all solution'.  But women need to be supported in whatever decision is made.  This is why professional bodies such as  The Royal College of Obstetricians and Gynaecologists (RCOG) in the UK  recommend a pregnancy management plan worked up for an individual with a multidisciplinary support team.  We need more understanding of the mental health issues involved in a pregnancy.

The consequences of stopping medication can be severe.  Mental health relapse can lead to suicidal risk, puerperal psychoses and an unstable emotional connection between the mother and the child.  Postpartum psychosis (or puerperal psychosis) is a severe mental illness starting suddenly in the days, or weeks, after having a baby. Symptoms vary and can change rapidly. They can include mood swings, depression, confusion,  as well as hallucinations and delusions.

A new study confirms there are no easy answers, but stresses the need to work with women both during and after pregnancy.  Approximately 10% of pregnant women will experience clinically significant depressive symptoms during pregnancy.  Women with a history of major depression are considered at risk of a recurrence during pregnancy if medication is stopped.  A major study in 2006 found that women who discontinued antidepressant medication during pregnancy relapsed significantly more frequently during their pregnancy than those who continued their medication.  Nor is depression during pregnancy without consequences for babies.  Studies have also shown that children born to depressed mothers are more likely to have behavioural problems or problems in cognitive and emotional development.

In an analysis of women who started pregnancy when taking antidepressant medications, investigators found three pathways of antidepressant dispensing during pregnancy: more than half stopped their treatment, a quarter maintained their treatment throughout pregnancy, and one-fifth discontinued it for a minimum of three months, resuming it during the postpartum period. 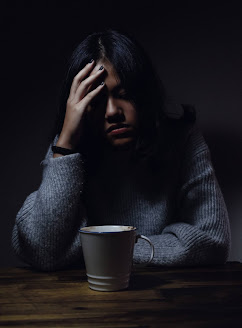 Published in the British Journal of Clinical Pharmacology, the study included all pregnant women with information in the General Sample of Beneficiaries database affiliated with the French Health Insurance System, from 2009 to 2014.

The researchers noted that no sociodemographic or medical characteristics were associated with any particular approach.  Women who continued antidepressant treatment tended to have more frequent obstetric complications and postpartum psychiatric disorders. Among women who interrupted treatment, prescription of benzodiazepines and anti-anxiety drugs, such as valium and Xanax,  decreased initially but rose after birth to a higher level than before pregnancy.

"Monitoring the pregnancy of women taking antidepressants requires a lot of attention. It is important to assess the appropriateness of treatment at the time of pregnancy announcement and to monitor for psychiatric symptoms throughout pregnancy when treatment has been stopped,” said senior author Dr Catherine Laporte, of the Université Clermont Auvergne, in France. “General practitioners are very often called upon for non-obstetric health problems during pregnancy, so they must be made aware.”

What is clear is that following guidelines issued by professional bodies such as the RCOG have improved outcome for both mothers and babies.  There isn't a unique solution that works for all women. Depression during pregnancy is complex and challenging to treat. When antidepressants are stopped at the beginning of pregnancy, patients should be reassessed to identify those who will experience a relapse their mental health problems, and manage them differently to prevent an over‐prescription of medication.

Ray Noble is a Chartered Biologist and Fellow of the Royal Society of Biology.  He was also the Graduate Tutor in Women's Health at University College London.