Time to March on Washington?

The Thin End often sources its photographs and images from freelance photographers who contribute to unsplash.com.  Currently, they are marking the 57th anniversary of the March on Washington with a montage of amazing pictures. 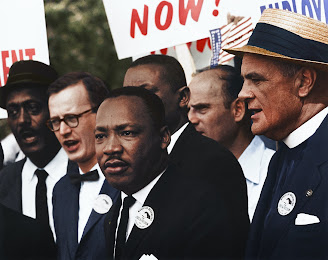 With the help of the team at the Library of Congress and visual historian Jordan Lloyd,  Unsplash has assembled a set of black and white images from the March, its leaders, and segregated America. The images are sourced from the Library of Congress, the US National Archives, and the Seattle Municipal Archives. Jordan Lloyd has painstakingly restored and recoloured the images in vivid detail to bring them back to life.

In these troubled times, with the need for Black Lives Matter, it is salutary that we seem to have made so little progress establishing equal opportunities and fairness in the judicial system.  I have seen reposts from right-wing bigots that 'All lives matter'.  Of course, they do, which is why we should be concerned with evident institutionalised racism.   If all lives matter then so too do black lives.  It is the height of hypocrisy for the right-wing to respond in this way.  We need to understand history to learn from it. 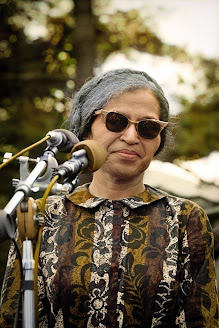 In the 1960s we marched for civil rights.  All my life, I have witnessed the continued struggle across the globe.  Let's hope we don't need another half-century to heal our divided communities.

Here we use two of the images of Martin Luther King and Rosa Parks who inspired a movement for change.  They had a dream. It needs to become a reality.

But let us also recall these words of Dr King

The limitation of riots, moral questions aside, is that they cannot win and their participants know it. Hence, rioting is not revolutionary but reactionary because it invites defeat. It involves an emotional catharsis, but it must be followed by a sense of futility.