October 16, 2021
When it comes to climate change, our failure is our duty to care for the planet and our children. As we approach the COP26 meeting in the U.K., we see few signs that world governance has grasped the problem. Governments seek votes rather than take the difficult decisions we all face. There is more 'blah, blah. blah,' than action. 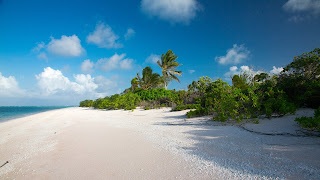 If a neighbour sets out to systematically destroy your garden, you consider your right to be protected from such behaviour. It is a matter of human rights and law. Yet, it seems the rights of a child have no bearing in international justice.
In a stunning decision, the United Nations (U.N.) Committee on the Rights of the Child, the global human rights body tasked with protecting children's rights, refused to hear the case of 16 youth from around the world threatened by the climate crisis.
The young people argued that five G20 countries are violating their rights to life, health, and culture under the Convention on the Rights of the Child by failing to curb greenhouse gas emissions to levels that would limit global warming to 1.5°C, a target set by climate science and the Paris Agreement.
This month, the Committee delivered a blow to young people worldwide who are demanding immediate action on the climate crisis. In dismissing the case, the Committee told children that climate change is a dire global emergency, but the U.N.'s doors are closed.  The one organisation set up to represent their rights globally has failed at a crucial hurdle; justice.

The petitioners won on several of the most challenging legal issues in climate litigation. The Committee accepted their arguments that states are legally responsible for the harmful effects of emissions originating in their territory on children outside their borders. The fact that all states are causing climate change, the Committee held, does not absolve states of individual responsibility to reduce their share of emissions. The Committee also found that the youth are victims of foreseeable threats to their life, health, and cultural rights.

Yet this was a hollow victory. The Committee also held that the petitioners must first bring lawsuits in each of the five state's national courts — despite tomes of case law and expert evidence showing that none of those cases would succeed. In the cases of Germany and Turkey, for example, the Committee disregarded national court decisions that would deny foreign nationals the right to bring environmental claims.
In effect, the Committee instructed the youth to squander years waiting for inevitable dismissal. For petitioner Litokne Kabua and other children from the Marshall Islands in the south Pacific, there is simply no time to file a climate change case in every state in the world that is fueling global warming: without immediate reductions of emissions, the Marshall Islands will likely be submerged in the ocean within the children's lifetime.
"I have no doubt this judgment will haunt the Committee in the future," said petitioner Alexandria Villasenor. "When the climate disasters are even more severe than they are now, the Committee will severely regret not doing the right thing when they had the chance. Children are increasingly on the frontlines of the climate crisis, accounting for over 80% of climate related deaths. Yet again, the adults have failed to protect us."
"We are going to continue to fight for pathways to justice for children staring down climate extinction," said Scott Gilmore, lead counsel from global law firm Hausfeld. "The Committee acknowledged that states are legally obligated to act, that our clients' lives are at risk, and that time is running out. But they still closed the U.N.'s doors. So be it. The legal battle for the climate now returns to national courts."
"Once again, polluting states are given a free pass to perpetuate the climate crisis," said co-lead counsel Ramin Pejan, Senior Attorney at environmental non-governmental organisation Earthjustice. "Despite acknowledging that the 16 youths are already experiencing devastating impacts from climate change that will continue throughout their lifetime if immediate action is not taken, the Committee leaves them with no effective way to protect their rights."
Ayakha Melithafa (19, South Africa):  "We are on the verge of an abyss, and our political leaders must change course immediately — young people should not need to bring legal claims seeking to hold them to account for promises made."
Catarina Lorenzo (14, Brazil):  "We have our own stories to show how we are being impacted by the current climate change, and yet, the case was still not accepted."
source: EarthJustice
Photo: Photo by Kurt Cotoaga on Unsplash