No real commitment on climate

Actions, they say, speak louder than words.  So, when we look at the UK government's actions, we can only conclude they don't mean what they say about the environment and climate change.  Despite their claims to be leading the charge on reducing emissions, the UK government is still looking to approve new oil fields.  The Prime Minister, Boris Johnson,  has announced his support for developing the Cambo oil field and 16 other climate-destroying oil projects. 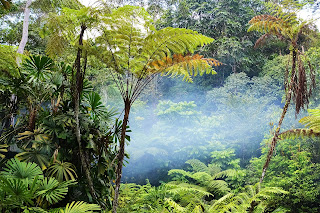 Cambo is an oil field in the North Sea, west of Shetland. A company called Siccar Point has applied for a permit to drill at least 170 million barrels of oil there. If it's allowed to go ahead, it will result in the emissions equivalent of 18 coal plants running for a year.

Today, as I write, Greenpeace is demonstrating in Downing Street against this project.  I suppose it will get the usual government dismissal and complaints about inconveniencing others.  Well, we know it won't inconvenience the Prime Minister because he is on holiday yet again.

Boris Johnson is backing 16 more oil projects.   We need to let that sink in before we believe he is interested in rescuing the planet from our destructive behaviour.  He makes jokes about Thatcher being ahead of her time for closing the coal mines, yet our reliance on coal continued for many decades. The difference was that instead of producing it all in the UK, we were importing it!  And we go on doing so.

We are just a few weeks away from COP26, hosted by the UK in Scotland. The COP26 summit will bring parties together to accelerate action towards the goals of the Paris Agreement and the UN Framework Convention on Climate Change. But, sadly, we shouldn't hold our breath.  We need urgent action, and we see no real resolve to do that in the UK.  There is no real plan for energy. There is no plan for the environment.  There just isn't any planning at all.  We have a chaotic government, and the appalling consequences of Brexit beginning to bite.

Photo by Jeremy Bezanger on Unsplash