Gambling is no way to save our bacon

The problem with the UK government’s Net Zero Strategy is that it isn’t backed up by the government’s own actions.  It is a ‘wish’ without a will to act.  We really need bold action, yet we get timid attempts to solve the problem through broken markets.  So, we go on investing in fossil fuels while extolling the virtue of carbon-free energy.  We seek more trade deals that are likely to destroy rainforests and increase the carbon footprints of our daily lives.  Politicians want us to go on behaving as if nothing needs changing. 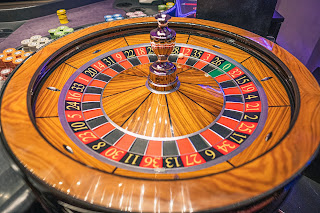 This is not to say there are no good points in the UK government strategy.  Of course, there are.  But we are so far behind the curve on what needs to be done that half measures and ‘incentives’ are no longer sufficient.

We need a bold strategy to insulate our homes, which requires funding, particularly for older houses. If we do that, then the costs will be returned in energy savings.  This should be rolled out as a significant program region by region.  Heat pumps are not effective in heating homes that are poorly insulated.  But older homes with solid walls are much more expensive to protect. Giving incentives to those who simply can’t afford it isn’t a sensible strategy. Instead, we need to bite the bullet and invest as a country.  We all depend on rescuing the planet from man-made emissions.

It is estimated that the UK must insulate 25 million homes. Experts say more than one home every minute will need to be refurbished in the UK between now and 2050.  It is beyond the price of too many. Yet all homes must be brought up to a set energy efficiency standard, yet we lag behind other European countries.

From 1831 London suffered a series of cholera outbreaks. At the time, the inhalation of ‘foul air’ was widely thought to be responsible for spreading this dreaded disease. Many blamed the fetid smell that hung over the River Thames – little more than an enormous sewer by this time.  In reality, of course, cholera was a waterborne disease.  It wasn’t the stink but the sewage contaminating drinking water. That caused the problem.  It needed action.

Faced with a fundamental public need, the Victorians invested in building a sewage system. In London, construction of the system required 318 million bricks, 2.7 million cubic metres of excavated Earth and 670,000 cubic metres of concrete: 82 miles of intercepting sewers parallel to the River Thames, and 1,100 miles of street sewers at £4.2 million.   We need such boldness now in dealing with our energy inefficient homes.

All environment organisations are of one voice that the government proposals fall short of needs. Friends of the Earth’s head of policy Mike Childs says the Net Zero Strategy is

“Riddled with holes and omissions, this strategy falls a long way short of the bold action plan needed to decarbonise the UK.

“The rapid electrification of new vehicles is undoubtedly welcome, but many of the carbon savings this could be wiped out by the government’s £27 billion road programme.

“The development of England’s substantial onshore wind potential continues to be hampered by unfair planning rules, while the slow roll-out of heat pumps, and lack of support for energy efficiency measures, will leave millions of homes hooked on climate-wrecking gas.

The failure to just say no to further fossil fuel extraction seriously weakens UK credibility ahead of the crucial international climate negotiations, COP26.

The Chancellor has announced a raft of measures, but it is not clear how much of it is genuinely new money.

“With the lack of serious new investment, it looks like the Prime Minister has lost his battle with the Treasury to put the climate crisis centre-stage in next week’s comprehensive spending review.”

Friends of the Earth also criticises the Net Zero Strategy for failing to accept that the growing demand for aviation needs to be constrained instead of relying on unproven and speculative sustainable aviation fuels.

Too much reliance is put on wishful thinking for technology options such as CCS, heat pumps as cheap as boilers, and harmful emissions.

It is a role of the technological dice, hoping that technology will rescue the planet. But, unfortunately, it is unlikely to do so, and where there is hope, it will take a decade or more of development. Now, we no longer have the time to wait and wish.  Now, it requires a substantial change in the way we live. And for that, we need courageous leadership. But, unfortunately, Santa Claus is not coming to the rescue.  Gambling is no way to save our bacon.

Sources: Friends of the Earth, BBC
Writer: Ray Noble is a Chartered Biologist.