Half measures on heat pumps

Through the "Heat and Buildings Strategy", the UK government has set out its plan to incentivise people to install low-carbon heating systems in what it calls a simple, fair, and cheap way as they come to replace their old boilers over the coming decade.  New grants of £5,000 will be available from April next year to encourage homeowners to install more efficient, low carbon heating systems – like heat pumps that do not emit carbon when used – through a new £450 million 3-year Boiler Upgrade Scheme. However, it has been widely criticised as inadequate and a strategy without a strategy.  Essentially, it will benefit those who can afford more readily to replace their boiler. 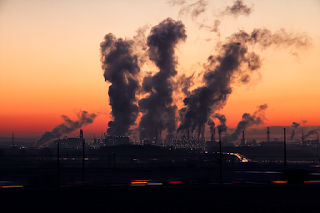 Undoubtedly, the grants will be welcome to those who plan to replace their boilers in the next three years, and it might encourage others to do so, but for too many households, it leaves them between a rock and a hard place.  There are no plans to phase out gas boilers in existing homes.  Yet, that is what we should be doing. But it requires a greater commitment of funding, particularly for low-income families.  Given that the average cost of installing a heat pump is around £10,000, the government's plan is a half measure.

When it comes to green homes, the UK is way behind other countries. As so often, the UK does too little, too late.

According to an assessment of the most up to date data by Greenpeace, the UK sells and installs fewer heat pumps per household than Poland, Slovakia, Estonia, and most other European countries.

The data provided to Greenpeace UK by the European Heat Pump Association shows how the UK is seriously lagging behind its European neighbours when switching to clean home heating sources and decarbonising its housing sector.

Currently, housing is responsible for around 14% of the UK’s total greenhouse gas emissions, mostly down to gas boiler heating systems in poorly insulated homes. However, as countries worldwide ramp up their efforts to decarbonise housing to help tackle the climate crisis, heat pumps are widely anticipated to become the alternative to gas boilers for heating homes.

This slow rollout of clean sources of home heating in the UK is not only a missed opportunity to create new long-term, green jobs and boost economic growth, but it also risks jeopardising plans to decarbonise housing and derail the UK’s climate commitments. Furthermore, without action, it will undermine the UK’s leadership as host of the upcoming global climate conference, COP26, held in Glasgow in November.  The government has taken the first step, but much more is needed urgently.  It is not something that can simply be left to the market.   We need 1) an intensive effort to improve home insulation with targets set region by region and 2) a phase-out of gas boilers.

“The UK already has the draughtiest homes in western Europe, now we’re last when it comes to clean heating too. We perform better in Eurovision than we do decarbonising our homes, and that’s saying something.

“If the government wants a chance to catch up, it needs a proper strategy and enough cash to clean up our homes on a massive scale. This means substantial grants for heat pump installations, especially for the poorest families, removing VAT on green home technologies and a phase-out of gas boilers early next decade.

“Without these measures, which many of our European neighbours already have in place, we’ll fall further behind on the ‘green homes’ leaderboard. But more importantly we’ll fail to remove emissions from homes fast enough to meet our legally-binding climate obligations.”

Greenpeace UK is calling on the government to learn from the policies introduced across Europe that have delivered much faster deployment of heat pumps. This starts with a comprehensive package of grants, loans, and tax incentives, such as removal of VAT on heat pumps and energy efficiency products, as well as 0% or low-cost loans for installation.

It is vital to pay particular care to ensure low-income families are not disadvantaged by the high capital costs. The UK would also require a commitment to phasing out new gas boiler installations early in the 2030s within its Heat and Buildings Strategy.

The government grants to cover installation costs for heat pumps should be offered at a level that aims to make the upfront costs of installing a heat pump, and complementary energy efficiency measures the same as replacing a gas boiler, with subsidies reducing over time as costs fall. In addition, the entire cost should be covered by grants for low-income households.

Greenpeace estimate this will require a new public investment of £4.76 billion from the Chancellor at the Spending Review to leverage private investment, accelerate heat pump installation, down the cost curve, and be fair to low-income households. In addition, a further £7 billion of public investment is required at the Spending Review for energy efficiency measures, such as insulation and double glazing, to sufficiently cut emissions from housing.

Let's insulate to a better future.