We are aware of increasing news reports of forest fires across the globe, but how more frequently do they occur?

A new analysis from WWF and the Boston Consulting Group reveals the number of global fires has increased by 13% compared to 2019 – already a record year. 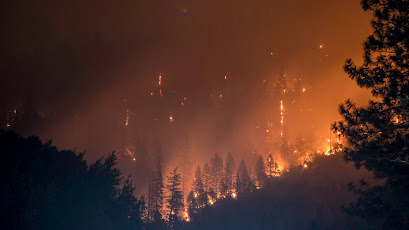 In addition, the latest data from Brazil reveals fires in the Amazon for this year are 52% up on the ten-year average and almost a quarter (24%) higher than that for the past three years.

Deforestation alerts are a third higher than last year, increasing the risk of fires. WWF-UK is now launching an appeal to fund work in the Amazon.

Last year more than 148 indigenous communities were affected and this year they are vulnerable to the dual threat of Covid-19 and fires. 1,453 fires have already torn through indigenous territories in the Amazon in the first seven months of this year (10% of the total number of fires in the biome). This is the highest number since 2009 and 56% higher than the average for the last ten years. Deforestation alerts on indigenous lands from January to July reached 10,500 hectares. A total of 26,600 indigenous people have been affected by COVID with 700 reported deaths. COVID has already reached 155 different indigenous territories in Brazil.

Fire seasons are lasting longer and becoming more extreme, says the WWF and BCG report, Fires, Forests and the Future. The average length of the fire season has increased by nearly a fifth(19%) compared to the 1970s, as our climate changes.

We often hear of these fires being dismissed as 'natural',  yet in tropical forest landscapes, like the Amazon, fire is not natural.  It is caused by human activities, exacerbated by climate change which leaves them drier and hotter.   Taking action to stop this is vital.

In its report,  the WWF warns that humans are responsible for 75% of all wildfires. In total, fires release roughly as much CO2 into the atmosphere as EU countries emit every year. Climate change and wildfires reinforce each other, and the fires burning today in many parts of the world are bigger, more intense, and last longer than before.  In Australia, for example, the 2019-20 fire season was the worst ever, with one-fifth of all trees destroyed.

Tropical forests, such as those in the Amazon, have the highest carbon storage, or sequestration, capacity storing 23% of the world’s total but they are not very resilient to fires. As a result, tropical forest fires produce 15% of total greenhouse gas emissions from fires each year, despite making up only 7% of the surface area burned globally.

Destruction of our forests is a political decision.  It will take bold action from governments working nternatinally to stop it.   Forests are vital to maintaining life on earth. We need to protect our forrests.

Ray Noble is a chartered biologist and Fellow of The Royal Society of Biology.