September 09, 2019
If you listen to Boris Johnson speaking in the Republic of Ireland today you would think he was doing everything to avoid the 'failure' of a no-deal Brexit.   The UK Prime Minister now says a no-deal Brexit would be

"a failure of statecraft for which we would all be responsible." 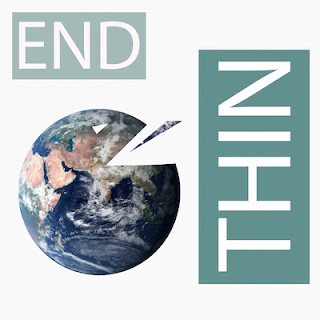 Yet, he still panders to the 'no-deal' lobby back home.  Those who always say 'leave means leave' or that they voted for no-deal.

Boris Johnson's position is disingenuous.  He has presented no new ideas for a deal, yet he says 'a deal can be found'.

Boris is deceiving the British people, which is why today he is proroguing parliament so he cannot be found out.

The 'failure of statecraft' has already been made.  It is made in the failure to address the very real issues arising from Brexit and our relationship with the EU moving forward.   It follows from the consequences of no-deal, with delays at ports leading to the insecurity of food supplies and medicines.   Boris Johnson knows the consequences of a no-deal Brexit because he has seen the assessments.  They are made in good faith by sector representatives.

The failure of statecraft is made in the cavalier brinkmanship the Prime Minister has adopted.  He has some faith that the EU will bow to his will.   The truth is very different.  The problems are real, and Boris has no answer for them.

Johnson speaks to the nation with a forked tongue.  He leads the hard Brexiters on in the quest for a 'clean break', no-deal exit from the EU.  Yet, he knows a deal is needed.  It is needed to deal with the Irish border problem.  It is needed for our continued trade with the EU.

This border problem is not invented.  It is key to the Good Friday agreement and the peace process.  The UK has a treaty with the Republic of Ireland to keep free movement across the border.  Boris Johnson knows this.

The failure of statecraft is Boris Johnson.