SAN FRANCISCO— Farmworker groups, environmentalists, and health organizations represented by Earthjustice are legally challenging the Environmental Protection Agency for approving the continued use of the deadly pesticide paraquat, which has been linked to Parkinson’s disease. 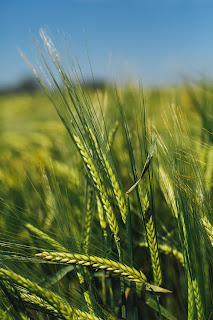 Paraquat is currently banned in 32 countries, including member states of the European Union, where the chemical is manufactured and exported, and China. In July, the US EPA reapproved the pesticide’s registration for another 15 years.

“This paraquat registration puts EPA on the wrong side of science, history and the law,” said Jonathan Kalmuss-Katz, a senior attorney at Earthjustice. “With dozens of countries banning paraquat because of its severe health effects, there is no excuse for leaving farmworkers and agricultural communities exposed to extreme risks.”

All major agricultural states are hot spots for paraquat use, according to the latest government data. But communities in Kansas, Texas, and southern states like the Carolinas and Florida face extreme exposure, while nearby communities can be impacted by runoff and downstream effects.

“The Biden EPA’s decision to reapprove widespread use, including aerial spraying, of this highly lethal pesticide shocks the conscience,” said Nathan Donley, environmental health science director at the Center for Biological Diversity. “Although much of the rest of the world has banned this dangerous poison, thanks to our rubber-stamp pesticide-approval process its use will continue to increase here in the United States, even as scientific studies reveal stronger links between paraquat use and neurological harm in both people and wildlife.”

Paraquat is manufactured by several companies, including Chevron, Adama Group, and Syngenta, which face a growing number of personal injury lawsuits related to the use of paraquat and its long-term impacts on human health.

Paraquat Is Associated With Parkinson’s Disease, Other Serious Health Effects

“It is unconscionable that EPA so devalues the lives of farmworkers as to allow the continued use of this harmful toxic pesticide,” said Jeannie Economos, coordinator of the Pesticide Safety and Environmental Health Project for the Farmworker Association of Florida. “The pandemic made the country aware that our nation’s agricultural laborers are essential. Yet EPA gives a green light to this health-harming chemical that puts men, women and children at risk of life-long health effects. Paraquat has got to go!”

"Paraquat is a pesticide that has harmed too many of our farmworkers already! We cannot allow any more farm workers and their families to be exposed,” said Milly Trevino-Sauceda, executive director and co-founder of Alianza Nacional de Campesinas. “Too many farm workers have become affected, become disabled and even suffered from kidney problems due to the exposure to this harmful pesticide.”

“Rural communities and farmworkers are left in harm’s way because of EPA’s recent decision to allow the continued use of the pesticide paraquat,” said Anne Katten, director of the Pesticide & Work Safety Project at California Rural Legal Assistance Foundation. “By discounting the body of scientific evidence that shows how dangerous this pesticide is, even in small quantities, EPA is ignoring the needs of the people and communities it’s legally responsible for protecting.”

“Paraquat is a deadly pesticide that mounting evidence shows is linked to Parkinson’s disease. It has no place near farmworkers or the country’s agricultural fields, let alone the food we eat,” said Margaret Reeves, senior scientist at Pesticide Action Network of North America.

“Farmworkers — children and elders — will be irreparably harmed for the rest of their lives by the re-registration of paraquat,” said Connor Kippe, policy advocate at Toxic Free North Carolina. “The science is clear — paraquat is highly toxic and even small doses by any method of transmission can affect health, especially for child farmworkers. Our flawed pesticide registration system enables this type of glancing regulatory approval, despite known harms to people in all parts of the food system.”

The Center for Biological Diversity is a national, nonprofit conservation organization with more than 1.7 million members and online activists dedicated to protecting endangered species and wild places.

Double standards in the UK

Although the use of paraquat is banned in the United Kingdom, the country continues to manufacture and export it for use in other parts of the world.  In 2018, half of the UK's exports went to the United States.

Photo by Markus Spiske on Unsplash