Does politics matter for health?

Does politics really matter when it comes to our health?  Labour or Tory, Democrat or Republican, does it have an impact?  Of course, those who campaign for change would assume that it does. The progressive welfare policies of the Labour government after WW2, and particularly the creation of the NHS, have had a lasting impact on health and wellbeing.  The austerity imposed during the last decade under Tory-led governments has had a deleterious effect on life expectancy. Yet, we often hear that 'it doesn't matter whose in power, they are all the same.' as a political mantra.  It feeds into the narrative of general disillusion with politics and democracy.  But now, the results of a  study from the USA also suggests that party politics matters. 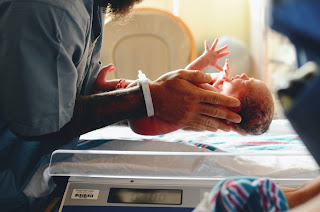 A new study in the American Journal of Preventive Medicine shows significantly higher infant and postneonatal mortality rates under Republican-controlled state legislatures than under non-Republican–controlled ones. Moreover, the effects may be more significant for black infants than for white infants.

“These findings support the politics hypothesis that the social determinants of health are, at least in part, constructed by the power vested in governments,” said lead investigator Dr Javier M. Rodriguez, of the Department of Politics & Government, Claremont Graduate University, Claremont, CA, USA.

Many social and health obligations depend on the decisions state representatives make. State legislatures are responsible for safety-net programs, the state’s minimum wage and many other public goods and services that influence the social determinants of health. The influence of state governments on population health followed decentralisation patterns since the 1970s, when states started to expand their independence from federal jurisdiction over welfare programs, including those directly affecting infant health, such as Medicaid.

They found that net of history, infant mortality is consistently higher under Republican-controlled state legislatures than non-Republican–controlled ones. Going from a non-Republican–controlled state Congress to a Republican-controlled one is associated with a 4.2% increase in infant mortality and an 8.1% increase in postneonatal mortality. Their findings show more significant estimates for Black than White infants, although the differences were not effective at conventional levels. Research has found that the introduction of Medicaid was associated with an 8% decline in non-White infant mortality between 1965 and 1980 (Goodman-Bacon, 2018). The annual increase in Black infant mortality under Republican legislatures found in this study is 5.9% — that is, equal to about 75% the magnitude of the 15-year benefit attributed to the introduction of Medicaid.

The party that controls state legislatures is powerfully associated with fluctuations in infant mortality rates and racial disparities in infant health, scientists report in the American Journal of Preventive Medicine (Credit: iStock.com/JimLarkin).

Aside from party control of legislatures, the investigators found no clear evidence that Republican governors impact infant mortality rates. The investigators suggest that this may reflect variability in the balance of power between legislative and executive branches across the states. In addition, some governors’ health policy positions seem to be more synchronised with state-level culture than with national party ideological stances. For example, some Republican governors who are not highly conservative in the conventional sense may be more aligned with a Democratic legislature on healthcare issues.

However, the authors caution that it may not account for unobserved differences across states that may change at the same time as the party control change of state legislatures. Nor could it account for other mechanisms not included in the study that may connect Republican administrations and increases in infant mortality rates.

Nevertheless, the findings emphasise the power political institutions and governments have on writing and executing the policies and programs that shape the social determinants of health, including infant health.

“Unfortunately, in a drastically polarized political environment, it is often difficult for Americans to notice the underlying mechanisms that distribute the production of illness and human suffering that ultimately decide who lives and who dies of preventable reasons,” commented Dr Rodriquez. “As political decisions are a matter of life and death, the parties, politicians and policies that Americans support should be evidence-based and incorruptible. A deep understanding of political processes and institutions at the state level is necessary for improving overall population health and promoting health equity.”

Perhaps, none of this should surprise us. It demonstrates that setting health goals with clear health policies makes a difference.  The significant divide in politics is between those who believe economic goals alone are sufficient and those who believe in establishing a framework for social justice.  We cannot buy an ounce of social justice in a 'free market'.  Another way to describe the divide is between interventionist and non-interventionist strategies.

Photo by Christian Bowen on Unsplash

About the author: Ray Noble is a Chartered Biologist and Fellow of the Royal Society of Biology.