Are we losing our moths?

Are we losing our moths? A new report on the state of Britain’s larger moths shows a worrying 33% decline in their populations over the last 50 years.

The report has been produced by the wildlife charity Butterfly Conservation, in partnership with BBSRC- funded Rothamsted Research and the UK Centre for Ecology & Hydrology. 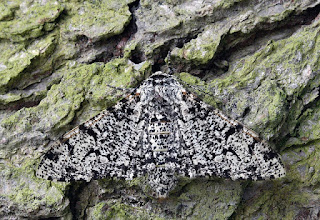 The report updates the findings released in 2013, with tens of millions of records gathered through the Rothamsted Insect Survey and National Moth Recording Scheme.

The findings are stark. The abundance of larger moths in Britain decreased by 33% over a 50-year period between 1968-2017. This decline was seen across Britain with a greater loss in the south (39% decrease) than in northern Britain (22% decrease).

Dr Richard Fox, Associate Director of Recording and Monitoring at Butterfly Conservation and lead author of the report, says:

"This decline is worrying because moths play a vital role in our ecosystems. They are pollinators of many plants, with some wildflowers, such as orchids, relying on visiting moths for reproduction. They also provide essential food for thousands of animal species, including bats and many familiar birds.

We’re lucky enough to have almost 900 species of larger moths in Britain (including micromoths, Britain has a total of 2,600 species). Because moths are dwindling, we can be pretty sure that other wildlife is also in decline and that our wider environment is deteriorating."

So what is happening? Whilst many factors are at work, there is one common factor; human activity.

Habitat destruction and deterioration from changes in land management and chemical pollution are considered the major causes. With more sympathetic management (e.g. through agri-environment schemes), there can be an increased abundance and species diversity of moths.

A major factor has been increased light pollution. Artificial light at night has negative effects on individual moths.

Global warming is also playing its part in the loss. Warmer climates mean species located in southern regions tend to expand further northwards while also causing declines for moths adapted to cooler climates. One example is the Grey Mountain Carpet (Entephria caesiata), which has seen an 81% decrease in distribution.

There is hope for the future.  Reversing the decline is not impossible. The report contains numerous examples of conservation success for scarce and threatened moths. Work by Butterfly Conservation, its partners and volunteers has shown real results in recent years in reversing species at risk of extinction.