August 30, 2019
When we consider protecting animals in the wild from humans, we tend to think of hunting or deforestation and the consequences of over-exploitation for food and housing.  Or we think of the effects of our infrastructure such as railways, roads, airports, carving great chunks out of the landscape and destroying precious habitats.  These all have devastating effects on wildlife.
While the effects of human activity on populations of animals is well established, disturbance by tourism is also increasingly being identified as affecting the behaviour and reproductive success of animals in the wild and can have significant impacts on their survival.
In a new study published in the journal Ethology, researchers examined the impact of human encroachment on two adjacent giraffe populations in Kenya to determine whether human activities and high predation affect their social networks. 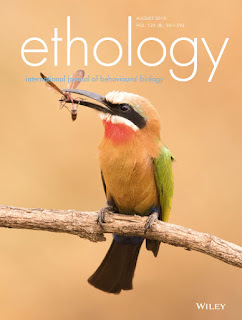 One study site was a premier tourist destination with a high volume of human activity in the form of tourist traffic and lodges, alongside a high density of lions that preferentially prey on giraffe calves. The other was a private wildlife conservancy with minimal human activity and no lion population.

"If disturbance by humans affects the ability of animals to survive and reproduce, then this potentially puts the future survival of species at risk."


Giraffes at both sites showed preferences to associate with and avoid specific individuals, but the social bonds between individuals were stronger and more exclusive in the population exposed to high levels of human activity and lions. It was also more fragmented than the group with low disturbance.

Lead author of the study, Zoe Muller, of the University of Bristol, in the UK, says:

“Wildlife populations are increasingly becoming restricted to enclosed conservation areas, and economic activities supporting conservation—or tourism—are increasing exponentially, yet there has been little consideration for how such an increase in human-related activity might affect the populations of animals they are working to protect.”

“If disturbance by humans affects the ability of animals to survive and reproduce, then this potentially puts the future survival of species at risk.”