August 16, 2018
A new study suggests exposure to residues persisting in the environment from pesticides banned fifty years ago is associated with autism.

The new study provides the first biomarker-based evidence in humans that maternal exposure to DDT residues in the food chain may increase the risk of autism in their children.


DDTs (organochlorines) were widely banned as pesticides from the late 1970s,  but residues persist in the food chain. 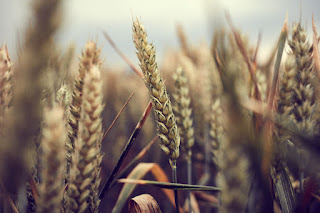 These persistent organic pollutants can be transferred from the mother across the placenta to the fetus, resulting in fetal blood concentrations ranging from 30% to 50% of levels found in maternal blood.

The investigation,  published online in the American Journal of Psychiatry, was derived from the Finnish Prenatal Study of Autism, a large national birth cohort with maternal serum specimens from early pregnancy tested for levels of the organochlorine DDT (dichlorodiphenyl-trichloroethane) and its metabolite DDE (dichlorodiphenyl-dichloroethylene).

Maternal exposure to DDT and DDE is associated with both premature birth and low birthweight.  It is also associated with adverse childhood neurocognitive outcomes, including autistic spectrum.

In this study DDE levels were significantly increased in mothers of children with autism compared with mothers of those without autism.

The authors of the study say

This study has potential implications for the prevention of autism and may provide a better understanding of its pathogenesis.

The authors also say that although there seems to be a link between autism and DDT exposure, the overall risk of having a child with the disorder is low and further research is needed to establish a clear link.